And you? El Che is still present in Cuba fifty years after his death. You can find it on murals and on signs with revolutionary propaganda. At T-shirts and all kinds of other tourist knick-knacks feature the portrait of El Che, often with the famous photo of Alberto Korda. Men’s and women’s bodies are decorated here with tattoos of their hero.

For many Cubans, Che was the only real revolutionary and their symbol of the struggle for justice (la lucha). He stood for a society without classes and exploitation. He did not want to make any concessions. After the revolution, under his leadership, Batista supporters (the deposed president and vassal of America) were shot dead in the fort La Cabana without a decent process. His and Fidel’s determination almost led to a nuclear war between USZ and the former Soviet Union, when the Russian, with permission from Cuba, stationed missiles on the island.

El Che had to pay the price for his ideals with his death in Bolivia (1967). His body and that of his Cuban comrades lies in the impressive mausoleum of Villa (Santa) Clara. 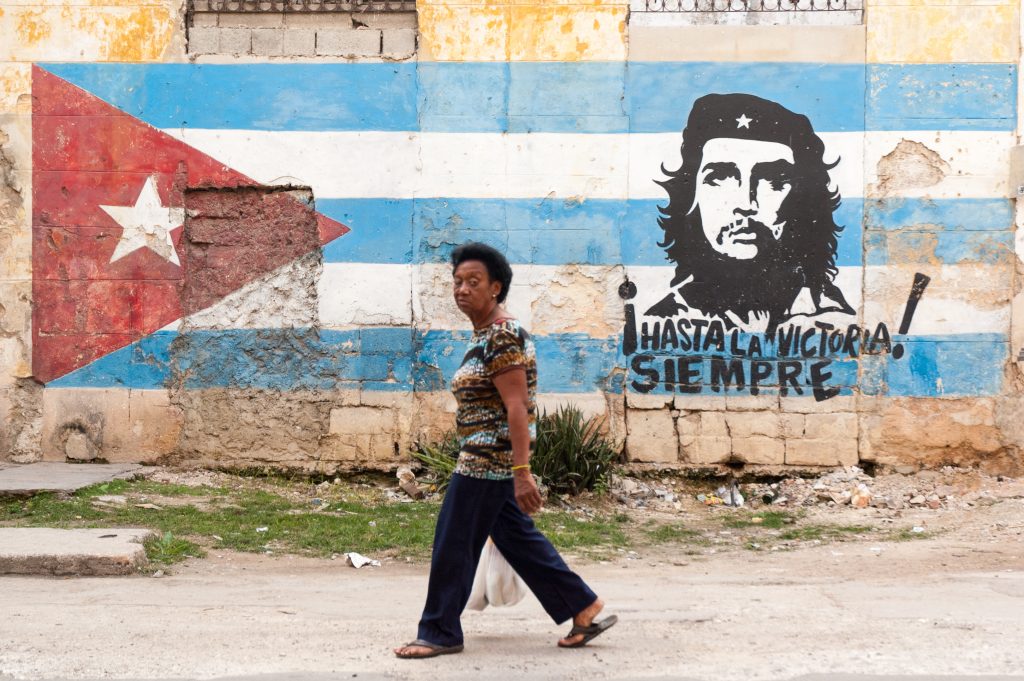